Late fall and early winter isn't the ideal time to trim a tree, but there are certain issues that need to be tended to before winter weather arrives. Otherwise, there is an increased chance of damage when the problem branches are weighed down by snow or tossed around by winter winds.

Stubs and nubs left behind by broken branches should be trimmed down before winter arrives. The reason is exposure. A tree can't properly heal over a branch stub, so the wood tends to decay on the trunk. This can provide an entrance for a variety of wood-boring pests and disease organisms. Stubs and nubs should be cut back to the branch collar that sits flush to the trunk. The sooner the branch breaks off, the better.

The tips of branches will sometimes die back. This is even more likely to have occurred in areas that have suffered a drought. The dead, dry tips aren't just unattractive, they will snap off in winter winds. If your tree has suffered some tip dieback, trim the branches back to the nearest bud on still-living wood. Completely dead branches should be removed at the base.

The tree crotch is the angle formed where the branch joins to the trunk. An overly narrow crotch, where the branch grows nearly vertical, is a problem because the vertical branch may result in a split trunk. Even more problematic in winter is the overly large crotch, which causes the branch to droop downward. These branches will often break off when weighed down with snow. Trimming off branches with overly narrow or wide crotches is advised.

Branches shouldn't be growing so close that they rub against each other. The friction will wear through the bark and make at least one of the branches more prone to diseases and dieback. There's no need to fully thin out the tree crown before winter, but any larger branches that rub should be trimmed out so that friction from winter wind doesn't lead to issues.

Cankers are swollen or sunken wounds on tree branches. They are sometimes caused by insects, but often fungal or bacterial pathogens are the cause. If there are any branches with visible cankers prune them out before winter. This may prevent the issue from spreading to healthy wood.

Contact a tree trimming service for more information regarding this process. 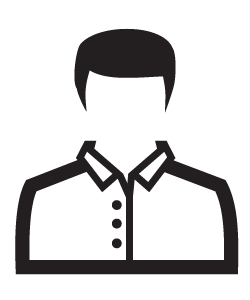 Hello everyone! I’m Emmanuel Garrison. Welcome to my website about landscaping tips and tricks. The effort you put into establishing a beautiful landscape across your property will pay off in dividends for life. You can easily renew the plants each year and encourage prompt regrowth using the right tactics. You can integrate classic and modern touches to keep your landscape looking absolutely gorgeous for years to come. I appreciate your daily visits to my site and hope to keep you well informed about this topic. Please feel free to stop by at your leisure to learn more about landscaping. Thank you.

How To Make Your Artificial Turf Look Real
25 January 2023
Artificial grass can look just as beautiful as the real thing. Your neighbors don't have to know that your grass is made out of plastic and other arti …

Three Common Citrus Tree Pests And What You Need To Know About Them
9 January 2023
If you've recently made the decision to plant some citrus trees in your yard, you naturally want your trees to thrive — after all, few things are bett …

5 Reasons To Use Concrete Edging
19 December 2022
Landscape edging creates a barrier between different areas in the yard, such as by separating the grass lawn from the border flower beds. Its purpose …